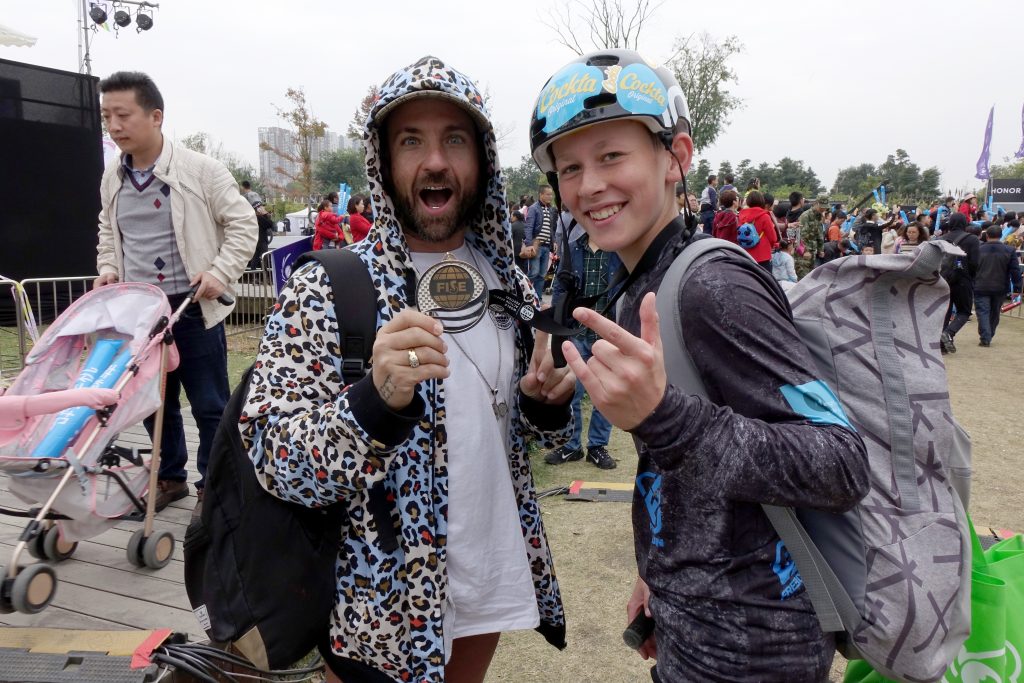 To China in my own words

Jaka Remec has confirmed an excellent form in China and despite the fact that because of his youth he was not allowed to take part in the “pro” category and to move with the most famous aces with which he trained in the summer in the United States. He did his job well in a much smaller park. He proved that in the near future the competition must count on him in the biggest park disciplines in the most prestigious category of the International Extreme

To China in my own words
Chengdu was the last station of the BMXs in the park’s discipline in this year’s FISE World Series. I went to my season’s first competition. Initially without expectations, because of the International Cycling Union (UCI), because of my youth, despite the good results of last season’s , I wasn’t allow to perform in the “pro” category. Therefore, I had to prove myself in the junior category, but I did not compete in the same park as an elite category, but in a much smaller, the neighbor one, with lower facilities and a lack of really great ones, which I trained throughout the season.

Qualifying Day:
I build my own qualifying run, but with a double barspin I got a powerful kick with the handlebar. I suffered to the end, ranked second, but the pain was so severe that I had to seek professional care.
A Japanese chiropractor came to the aid and wrapped my hand sufficiently and softened my pain. The next day, I was treated by our BMX legend in the nineties, and now he is a masseur at the American Cycling Team Tomaž Jeras. He prepared me for Sunday’s finals. By the way. Tomo was in China along with the US team, as at the same week in Chengdu is taking place the world championship in urban cycling.

The way to the finals
The day before the final, the park was otherwise open, but because of the wet floor it was dangerous and almost unbearable. That’s why I missed a part of the training. In the end, I set a run, which was significantly stronger than the qualifying one and patiently waited for the finals.

Just before my performance due to sand on the floor of the park, the Korean competitor felt and was badly damaged. He suffered a double fracture of the tibia. Strongly because of this, I slightly changed my run with some lighter tricks, so that I kept the second place from the qualifications.

The second place is top – I was the only European in the finals and almost the only one who did not know the park, as his rivals were either local or Japanese with winner Joji Mizogaki, who was very domestic with the park’s facilities.

My summarize
The free-style BMX has become an Olympic discipline, teams and national cycling associations have taken this sport very seriously. Most of the competitors had a whole team – masseurs, repairers, cameramen, psychotherapists and trainers. Almost all competitors had several bikes.
Such a “treatment” makes you even more confident and above all you have the support at every step. I am glad that the Japanese have unselfishly helped me when I damaged my finger. Later, I also found out that they recorded almost all of my runs and analyzed them in the evening. It’s a shame because at national union do not know almost anything about this sport, but I am especially sorry that I could not compete in “big” park with a pro, where I would show what I had trained through the whole summer.