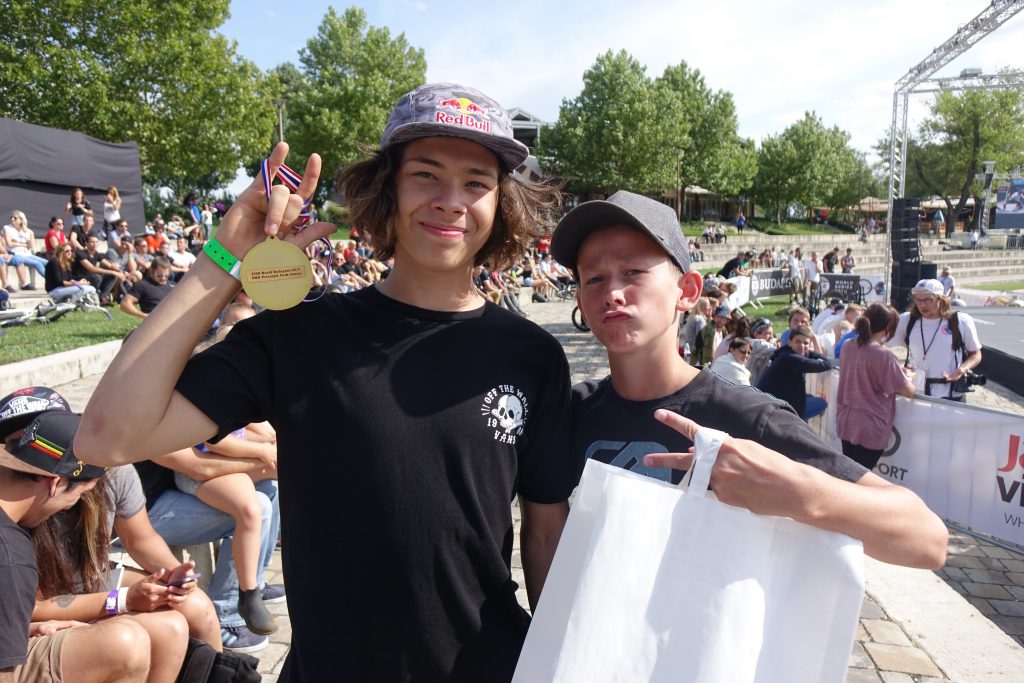 I reached the podium in FISE Budapest

You know FISE? FISE is short for Festival International des Sports Extremes. And my visit to FISE Budapest, where I competed in the junior category, was also extreme in many ways. I have never seen such a big jump box yet, let alone ride it! But that’s not all – the organisation was also a bit extreme 🙂

What am I talking about? Well, as it turned out, it was nearly impossible to make a decent training!

The first day the park was closed because they were still making it. The next day I couldn’t ride because they were finishing it. The third day I arrived at the scene and registered, went to the park and got escorted out with explanation that the training is now only for pro competitors. On Friday I had 30 minutes of training – directly before the qualifications.

Luckily, it was enough for me – I ranked sixth among the top eight who reached the final.

After that, I was not allowed to go to park on Saturday; they said training is possible on Sunday, just 45 minutes before the final.

When I arrived there on Sunday, it rained and everything was wet. When it stopped raining, I helped clean the park so I could ride as soon as possible and get used to the park before the final. But the plan didn’t work out – they gave us only 15 minutes of training before the start.
Am I boring you with this story?

Well, I wasn’t bored that day, I was confused and a bit desperate. Anyway, I managed to make the run. But the wind was so strong it was moving me to the left and to the right. So for the sake of safety, I changed the run just before the start and I don’t regret it.

I finished on the 5th place, which is extremely awesome – I ended up on the podium!

And I can’t wait for the next game 🙂